↓ Skip to Main Content
Home › Where are they now? › S › Natalie Sprott 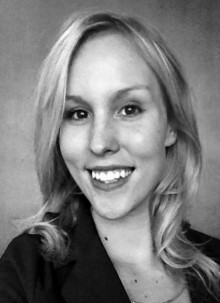 The story so far
Natalie Sprott has worked at, interned in, and just loitered around a multitude of radio and television organisations since the age of 16.

Currently she works for TPD Media, the production company behind television shows the Great South East, Queensland Weekender and Creek to Coast (among others) as the Production Coordinator. In this role she does everything from creating content to working through logistics – anything that facilitates the smooth running of this comprehensive television production brand.

During her university studies Natalie assembled and presented packages aired nationally on ABC Radio. She also worked for the Brisbane Broncos as the producer and presenter of a weekly online segment, viewed by hundreds of thousands of people across the country.

Natalie is tri-lingual with English, German and Japanese and enjoys writing about herself in third person.