↓ Skip to Main Content
Home › Where are they now? › S › Jemma Somervail 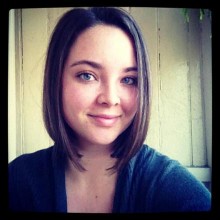 The story so far
For the last two years of uni I was working in promotions, as a street team member, at Southern Cross Austereo (B105 and Triple M).

Even though it wasn’t strictly journalism, this job set me up so well. While I was in the building I met news directors, worked in the newsroom, talked with announcers and made some great friends who’ve helped me out a lot over the last three years.

I was pretty keen at uni, so I also did a lot of FREE work. I read news bulletins on 4zZz, did presenting for Briz 31 as well as random radio shows and pretty much volunteered as much as possible. I organised internships with Triple J news and Channel 7’s Sunrise during the summer holidays, they were both in Sydney – and both, so much fun.

A few months after finishing uni, I moved to Sydney. I decided I didn’t want to be a regional news reporter so I needed to go to the media hub.

I started working with Austereo down here, in production, promotions and also heaps of work experience at other media outlets.

Then a week’s work experience at Channel 9’s Today Show turned into a job. My first role was escorting guests, then I became a Segment Producer, basically organising what goes on the show. The next step up was what they call a Chase Producer – cool job but early starts.

I’d get in at 2am, go through the stories of the day, brief the hosts on the show and while the show was on-air, assist the Executive Producer. I worked at Today for two years. Towards the end I started doing some free work in the newsroom at Mix and WSFM (or 97.3 and 4KQ in Brissie) to get my foot in the radio door again.

I quit Today in February 2012 without any work lined up and luckily, within two weeks I’d got a job at Nova.

I’ve been a newsreader/journalist here for a year now, doing bulletins right across the country. It’s been great so far and I’m looking forward to where it will take me.