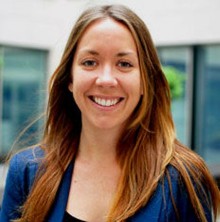 The story so far
Following my graduation at QUT, I was employed as a news journalist for a Brisbane based community radio station, the National Indigenous Radio Service (NIRS), where I wrote and produced hourly news bulletins. NIRS focuses on Aboriginal and Torres Strait Islander news nationwide, while also incorporating mainstream political news. Broadcasting to more than 155 rural and remote hub stations, NIRS was an excellent learning opportunity. I covered a wide range of culturally sensitive news stories including deaths in custody, and former Prime Minister Kevin Rudd’s national apology to members of the Stolen Generations. I was employed for two years with NIRS before deciding to move on and settle on the other side of the world – Canada.

I volunteered for the local radio station, Park Radio in Banff, where I produced weekly feature pieces which varied from stories about grizzly bears to the local Indigenous group. Travelling on from Canada, I relocated to London where I worked at MTV for the Corporate Social Responsibility department for almost three years.

At this stage, my career slightly changed course from journalism to a more community development focus. I was employed as a Grants Coordinator at the MTV Staying Alive Foundation which offers financial grants to youth-led organisations working to stop the spread of HIV in their local communities through prevention, education and awareness-raising projects. I worked with grassroots organisations around the world assisting them with their funding applications and supporting them to implement their HIV prevention programs. My role still had a media focus, as I blogged for the website stayingalivefoundation.org

Moving back to Australia, I was offered my current role as a Community Grants Officer within a local government capacity. I continue to provide assistance to not-for-profit organisations seeking funding. A large part of my role is liaising with stakeholders and building strong relationships with community groups.

My journalism degree has been invaluable, as it’s provided me with the necessary skills and experience to communicate effectively in this role, and throughout my career.