↓ Skip to Main Content
Home › Where are they now? › M › Peter Marsh 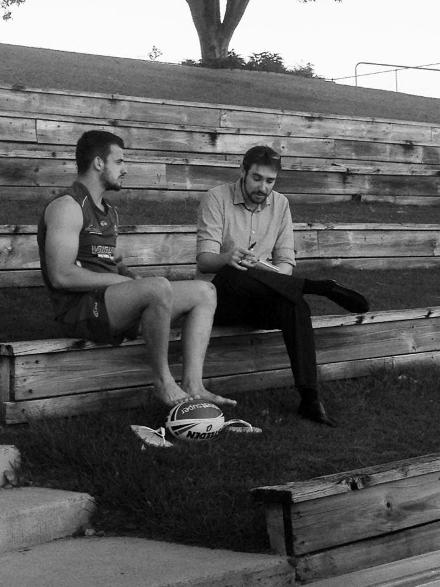 The story so far
I started with Quest Newspapers in 2010 as a general news journalist writing for the Caboolture Shire Herald and Northern Times. Two deadlines a week straight out of university was a bit of a doozy, but it prepared me really well for being able to source and write news on very short notice.

My one year anniversary in the job was marked by the 2011 floods, which is one of the toughest news events I’ve ever had to cover. On the day of the rain I drove through floodwaters to get to work (not smart) then worked 15 hours until the rain stopped with a rolling story online. The next day, I stood in the house of a lady who had floodwaters stop 10cm from her roof.

In mid-2011 I switched across to the Sports Reporter round for the Moreton region within Quest, which took in four mastheads and six editions each week. I love writing sport, especially in a community newspaper where teams are loved and supported by everyone.

With that role I started up as one half of weekly local sports radio show Sports Fever (101.5FM. Thursday mornings. 8-9am. Tune in!) which has been a great way to keep my skill set broad while working in print/online.

Recently I was offered the role of Community News Editor in our Moreton region, focusing on the North Lakes area. In the role I’m learning more skills as an editor, but also still writing news every week which is what I love waking up to do every day.

It’s been a wild ride in my three years out of university (I don’t think I’ve had one position for more than 18 months) but that’s the nature of the industry we’re in at the moment. You’ve got to be able to adapt, and quickly, to whatever is thrown your way. But I wouldn’t change it for the world.