↓ Skip to Main Content
Home › Where are they now? › M › Georgina McKerrow 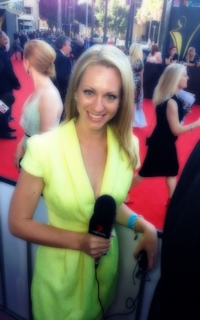 The story so far
The day after I threw my cap in the air at my QUT graduation I packed up my Brisbane life and moved to Sydney.

I had applied for a few jobs in both regional TV and radio and was offered a job over the phone at 2SM Radio Network. I remember I was on my way out to dinner when the boss at 2SM called me and asked if I would be interested in moving to Sydney. Within three days my parents and I were there desperately trying to find me somewhere to live.

I was hired with a whole stack of other girls, half of which got made redundant after a few weeks. I was lucky enough to keep my job and be made breakfast news reader after my first day.

While the 4am starts were a shock, finishing work at midday on Friday and having weekends off in Sydney was amazing. Growing up on acreage in Brisbane I couldn’t believe I could walk to a bar from my apartment!

My parents said to me “give it six months, if you hate it come home”. I am still here six years later.

I stayed at 2SM for 18 months before I was offered a job at 2UE. Here, I was both a newsreader and reporter and it was my first real grounding into what working in Sydney media was like.

I did my first death knock after the Mumbai terror attacks, saw the first “crime scene blood” after a nightclub boss was shot in his driveway, met celebrities, learnt about courts, learnt about sport and made plenty of embarrassing on-air mistakes.

I also met some of the most amazing people and best friends you could ever ask for.

It wasn’t long before the bright lights of television were calling and I was given a job in the Channel 7 newsroom.

Working in one of the biggest newsrooms in the country was never going to be easy. Over the past two years I have managed to take on a greater presence on-air as a reporter while also working on the production desk for both news and Sunrise.

It’s a funny industry sometimes, TV. There are glamorous days when you might get to go to a red carpet or fashion week and then there are the days you are freezing to death outside someone’s house after a drive-by shooting.

There are days when you get spat on and abused outside court and there are days you do anything you can to make sure you have an exclusive story over your rival.

People often say “Sydney media” is a whole different world and I truly believe it is. It’s tight knit and competitive at the same time but now I am part of it, I can’t imagine life any other way.

The only advice I have for budding young female reporters – always pack flat shoes – you never know where you’ll end up.