↓ Skip to Main Content
Home › Where are they now? › G › Luke Gilpin 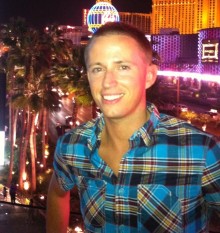 Story so far
After graduating at the end of 2004 I did some work experience at Channel 7. I found that invaluable in terms of experience but it emerged during this time that my heart wasn’t in television.

From there I took two years out and did part time Property Management.

In early 2007 I took this unique opportunity with Orica as an Asset Co-ordinator/Project Leader (unique in that it wasn’t directly related to journalism but drew from the analytical and interpretive skills from journalism, as well as communication skills harnessed through the degree).

In 2009 I became a Project Leader on a national project within the company. In 2011 I was offered and accepted the role of Commercial Business Analyst and in 2013 I have now also taken on the responsibility of Account Managing over $8M worth of customer accounts for Orica.

I have also just begun a Masters in Business – Public Relations at QUT part time with the view of ultimately moving into that field.