↓ Skip to Main Content
Home › Where are they now? › E › Natasha Exelby 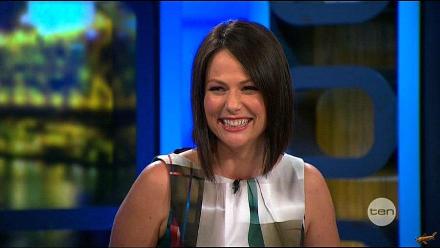 Degree
I was at QUT from 2001–2005 and did a Double Degree, Bachelor Business / Bachelor Journalism.

The story so far
In 2008 I moved to Canberra to work as a Political Reporter in the Press Gallery for Network Ten. I spent three years there which included covering the 2010 election.

Just over two years ago I moved to Sydney as a Senior Reporter. In this time I also worked in the United States and completed a fellowship with CNN World.

In 2011 I went to Afghanistan to cover the war.

Currently my title is Senior Reporter/Presenter. I cover a wide range of stories, anything from the civil war in Syria to the local primary school spelling bee.

I like the variety. I also read the news from time to time and travel down to Melbourne quite a bit as a co-host on The Project.

Since moving to Sydney and building my career, a lot of other interesting and exciting opportunities have presented themselves outside of work. Things like appearing on Can Of Worms, doing debates for Amnesty International and being MC for different events and meeting the most amazing people.