↓ Skip to Main Content
Home › Where are they now? › D › Anna Daniels 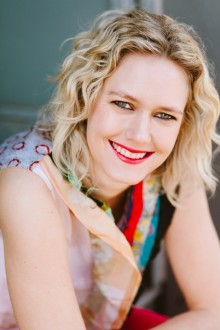 Current job
Journalist and Author of Girl in Between

First job
My first job after graduation was producing the Mornings program for ABC Capricornia, based in Rockhampton.

The story so far
Anna Daniels has enjoyed great success as a comedic storyteller since kicking off her career by winning the ABC’s ‘Comedy Segment of the Year Award’ with Michelle Crowther for an interview with Russell Crowe*. She then went on to co-create the ABC’s first online sketch comedy series ‘Tough at the Top’ with comedian and ‘Edge of the Bush’ star, Anne Edmonds. For several years Anna wrote and presented funny, upbeat stories for The Project, winning over viewers with her warm, silly, endearing style.

Having grown up in Rockhampton, she particularly champions the stories and characters of rural and regional Australia with affection and humour. As well as The Project, Anna has written, presented and/or produced radio, TV and online content for Queensland Weekender on Channel 7, Landline on ABC TV, Red Symons’ Breakfast Show for ABC Radio Melbourne, ABC Radio Brisbane and the BBC One series, ‘John Bishop’s Australia’.

In 2016, Anna’s debut novel, Girl in Between, was shortlisted for The Vogel Literary Award, and was published in 2017 with Allen & Unwin. A romantic-comedy set in Rockhampton, London and Sydney, Girl in Between became one of Australia’s highest selling debut novels of 2017. It has also been produced into an audiobook, and will be published in Germany in 2018.

*Listen to the audio:
Rockin’ with Russ – the inside story!