↓ Skip to Main Content
Home › Where are they now? › D › Angus Duncan 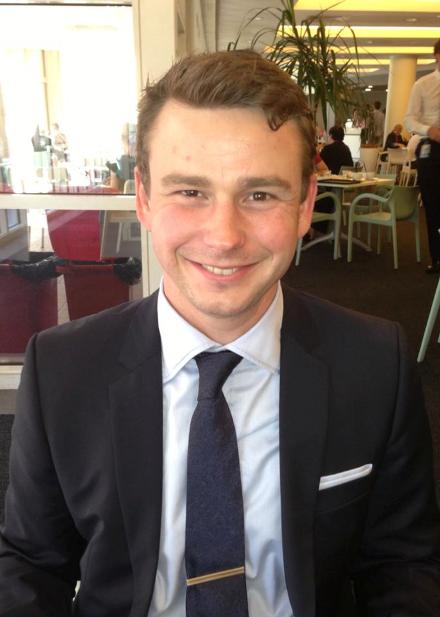 Current job
Assistant Manager with the Department of Broadband, Communications and the Digital Economy (DBCDE).

The story so far
After graduating I spent the best part of a year looking for journalism jobs, without much success. So, in late 2006 I turned my mind to working in government, eventually landing a spot in the Queensland Government’s whole-of-government graduate program.

Starting in early 2007, the program gave me the opportunity to work across a number of departments and interesting policy areas, allowing me to find my niche as a public servant. After finishing the program in mid-2008, I spent eight months with the former Department of Local Government, Sport and Recreation as part of their legislation team, working on introduction of the Animal Management (Cats and Dogs) Act.

In early 2009 I moved across to the then Department of Mines and Energy as a Senior Policy Officer, where I worked on a range of energy and resources policy issues (mainly focusing on coal seam gas and the emerging liquefied natural gas industry).

In early 2011 I accepted an opportunity to act as a Departmental Liaison Officer (DLO), working out of the office of the then Minister for Employment, Skills and Mining. As DLO I was responsible for coordinating briefs and information requests, acting as a central point of contact between the Minister’s office and the Department.

In October 2011 I moved to Canberra to take up a position as an Assistant Manager with the Department of Broadband, Communications and the Digital Economy (DBCDE). In this role I have worked on a range of policy and legislation issues relating to telecommunications consumer safeguards, such as the Universal Service Obligation (USO).

Working at DBCDE has been an interesting and rewarding experience and has given me a great deal of exposure to a range of policy issues relating to the ongoing rollout of the National Broadband Network and the future of Australia’s telecommunications environment.

One of our key achievements has been the establishment of a new statutory agency, the Telecommunications Universal Service Management Agency, to oversee the new contract-based model for delivery of the USO and other public interest services. I also worked on a range of challenging competition issues relating to the National Broadband Network.

In December 2014 I accepted a job offer with the Victorian Government’s Department of Premier and Cabinet and made the move to Melbourne. My new role has me working on a wide variety of energy and resources issues, a policy area I find most interesting.