↓ Skip to Main Content
Home › Where are they now? › B › Brodie Bott 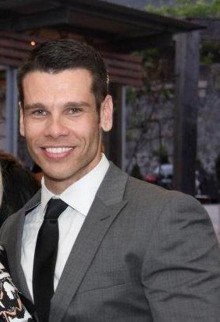 The story so far
I’ve been very fortunate to gain a wide range of practical, on the job experience as a journalist, reporter and public relations professional after completing my Bachelor of Journalism at QUT in 2005. Over the past decade I’ve worked in a variety of roles for a large number of media organisations across the country. Here’s the short version:

I started out in regional radio (Sea FM/Mix FM and Hot 91/Zinc 96 on the Sunshine Coast) working in the promotions while I was completing my degree. That led to me doing casual shifts and eventually reading breakfast news for the morning crew for Zinc 96.1FM.

My first full time job was Drive Newsreader/Journalist at i98FM in Wollongong (which is owned by WIN TV). Being so close enough to a major metro market like Sydney worked wonders for me. A news Director at Austereo heard me and offered me the breakfast newsreading position in Perth. I accepted and moved to WA not knowing anyone. As much as I loved it, I decided the bright lights of Brisbane were for me so I moved back and stayed with Austereo, where I read the news for Triple M and B105.

An opportunity to work in online news came up and I took it. I was an Online Editor/Content Producer for APN News & Media for almost two years then I decided to move into the dark side of journalism and took a PR role with the Queensland Government’s Department of Community Safety. In that role, I looked after media communications and crisis management for Queensland Ambulance Service, Emergency Management Queensland, Queensland Fire and Rescue Service and Corrective Services and worked alongside the Premier and other ministers during some of the biggest natural disasters including the Queensland floods in 2011 (during which I was a spokesperson on CNN Hong Kong and BBC UK just to name a few).

Not long after the Queensland floods I moved into a Media Advisor role for RACQ/RACQ Insurance, where I worked on a mix of proactive and reactive media and publicity campaigns for almost three years. During that time I was also a spokesperson for the organisation and presented RACQ TV on YouTube.

With itchy feet and ready for a sea change, I had an opportunity to propel my career forward. I accepted a job offer and moved to Bundaberg (4 hours north of Brisbane) to manage the local council’s communications as Media & Marketing Manager.

Fast forward and I’m currently Corporate Communications Manager for Ergon Energy in Brisbane, which operates one of the country’s biggest electricity networks with more than one million power poles and around 700,000 customers.