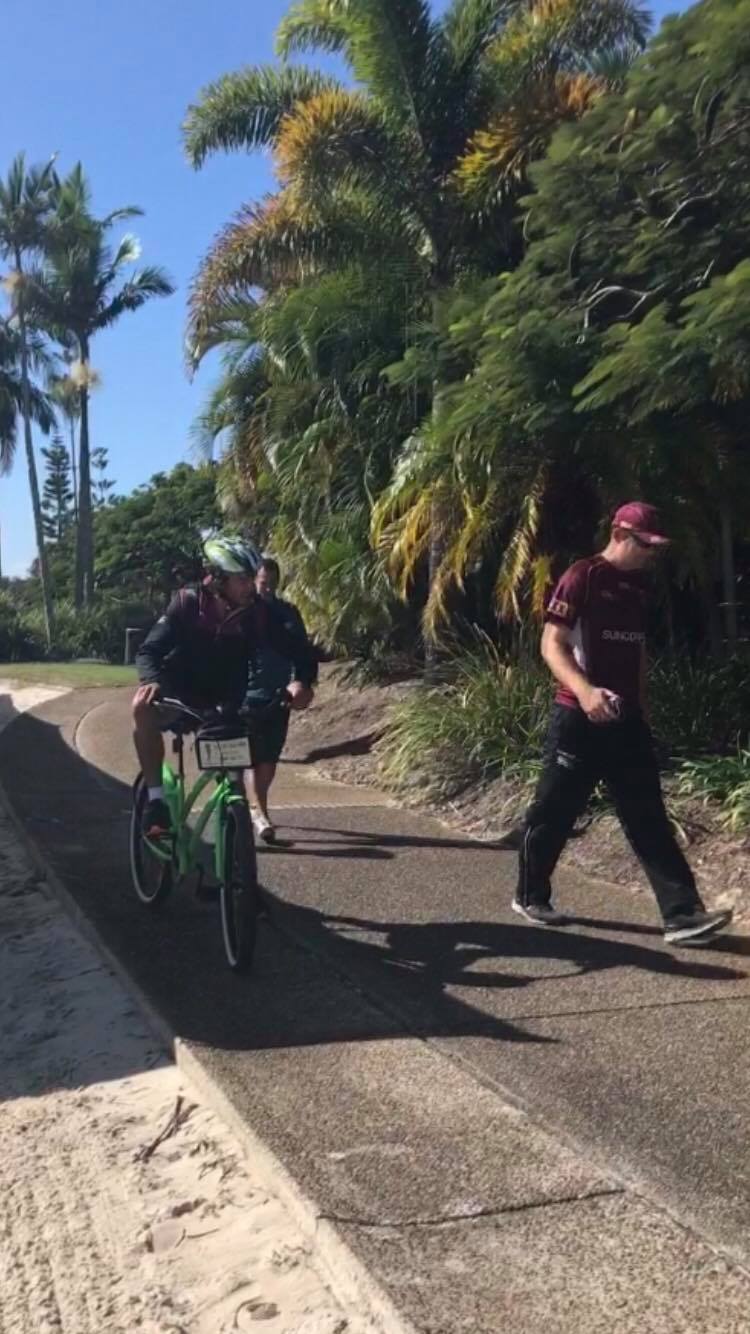 The visibly upset Rugby League legend arrives on a push bike with his head hanging low and his eyes looking sad.

Johnathan Thurston’s ongoing shoulder injury has ruled him out for the first game of his final round of State of Origin after weeks of wide speculation.

Thurston holds a record of 36 straight games since he first debuted for Queensland in 2005.

“I love everything about the Origin campaign, the built up, the final training run and the buzz around the city,” he says.

“It’s a little bit devastating not to be a part of it when that two-minute bell goes.”

Thurston says he would have been happy to power through the inconvenience, like he did during State of Origin game two in 2013 whilst battling a stomach bug, but acknowledges the situation is different this year.

“I’m sort of relieved that the doctor has taken it out of my hands, because I was keen on playing,” he says.

The decision was made yesterday evening after test results, scans and expert advice all pointed out he was not fit to play.

“I had the worst sleep and didn’t want to believe it until probably this morning, but I had another chat to the doctor and it’s the best decision for the team moving forward,” he says.

Thurston’s replacement, Broncos’ five-eight star Anthony Milford, will take his place and debut for Queensland during game one at Suncorp Stadium in Brisbane next Wednesday.

“The best thing about this team is you only need to worry about yourself, so he should prepare the best he can and do his job for the team,” Thurston says.

“No doubt he’ll do that, he’s a super talented and I’m excited to watch him play.” 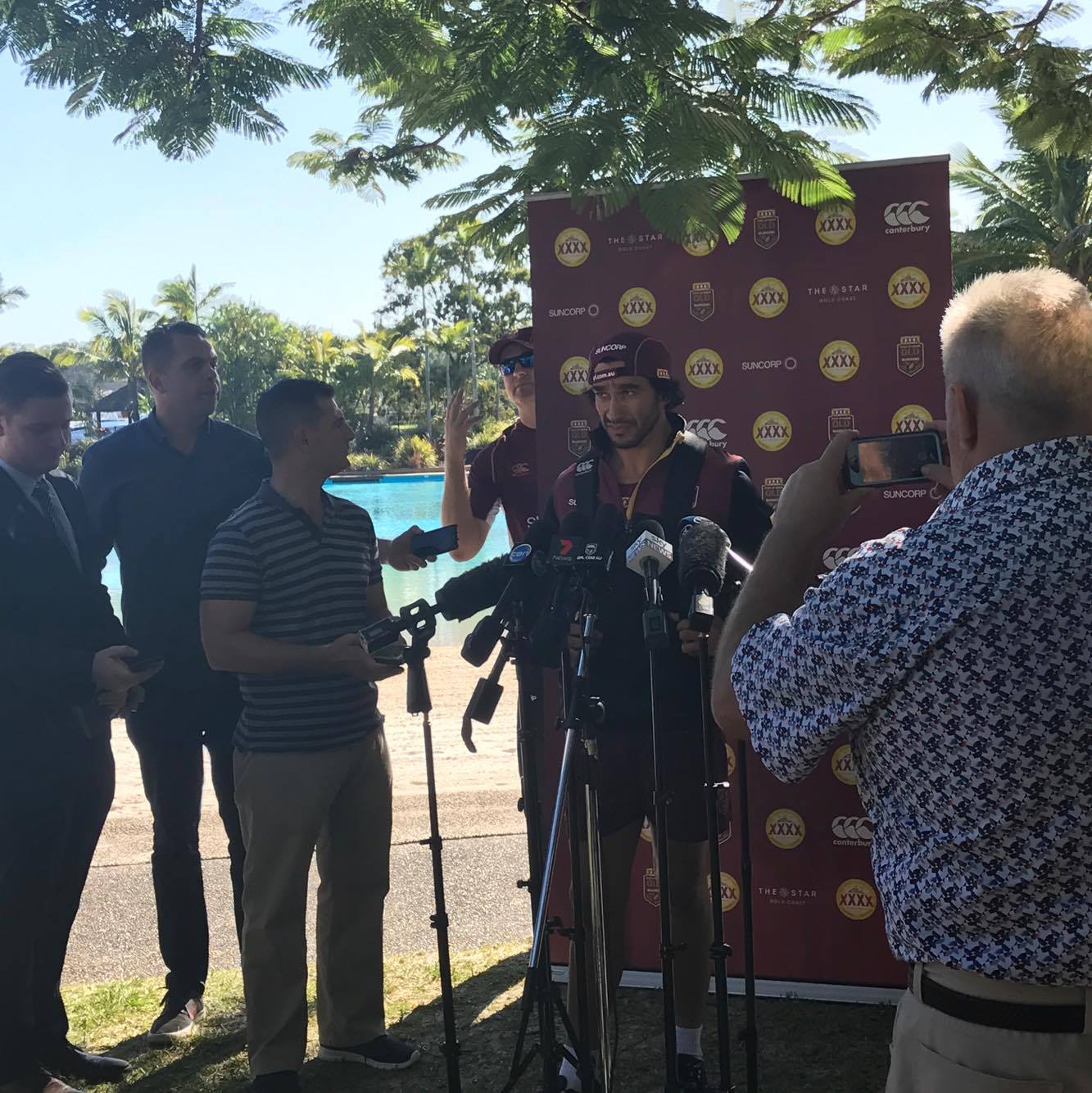 His Queensland team mate and Melbourne Storm player Cooper Cronk agrees with Thurston and says Milford is all set to play the position.

“In regards to the game management and the control, I think there’s a couple of players that know what to do in that department, so I’m not too worried,” he says.

“We just want Milford to do the little things right and then the big things will take care of themselves.” 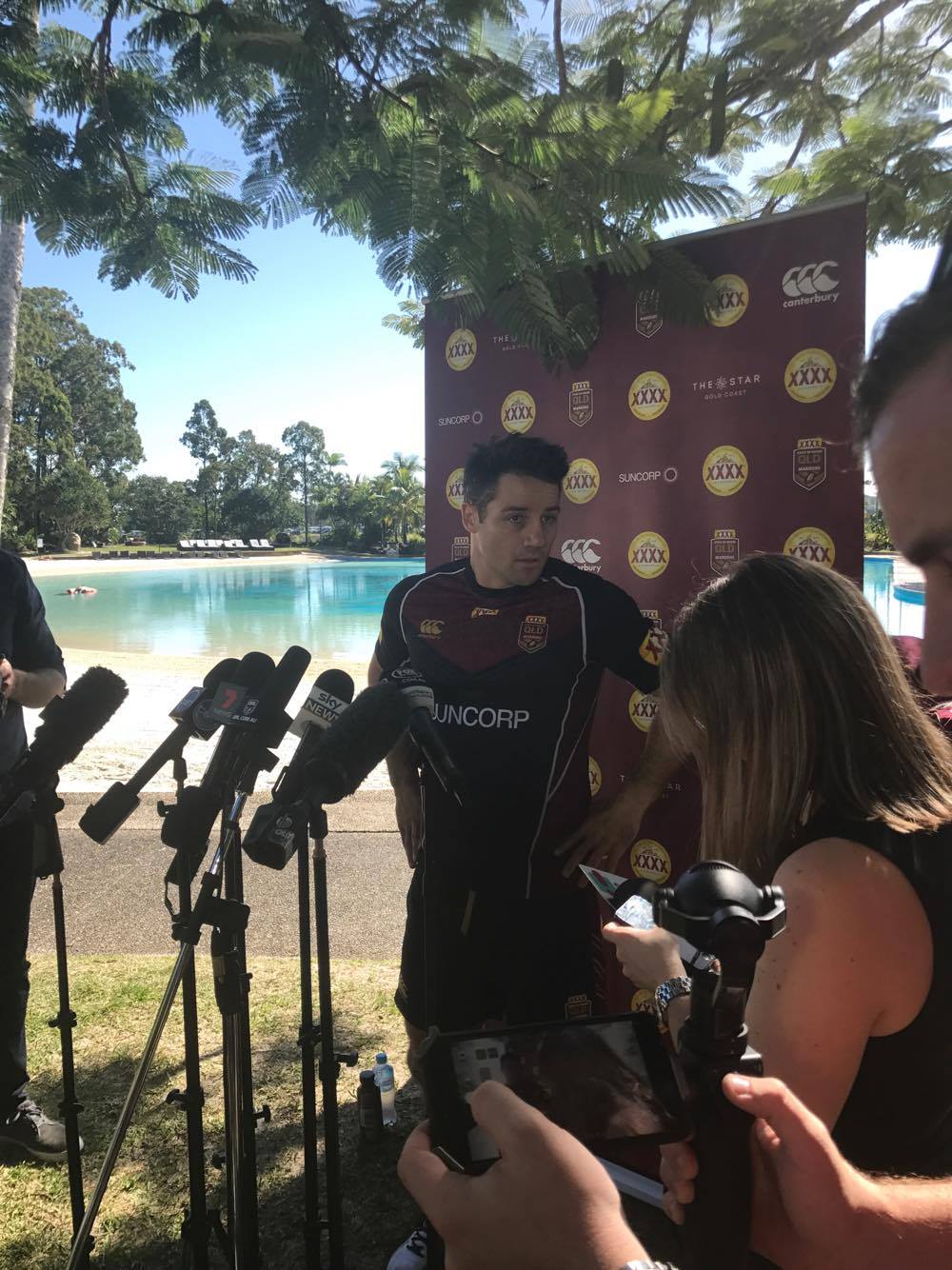 As Jonathan Thurston, Matthew Scott and Greg Inglis are all out with injuries, a bigger light is shed on younger Queensland players such as Josh McGuire and Dylan Napa.

Cronk says while those who have to pass will be missed, the new recruits offer possibilities to bring a different aspect to the game.

“So while we’re losing in one way, we pick up in another,” he says.

“Milford, for example, is up there with the best in the game, so the more we can get him in those positions, the better it is for us.”

The news of Thurston missing out on the first Origin game did not come as breaking news for the Queensland team.

“We knew it was a probability more than a possibility,” Cronk says.

Kevin Walters prepared the team for a situation where Milton was going to be playing and Cronk says it would have been an extra advantage if Thurston has been better in time.

Thurston will stay in the Maroons camp to prep Milford for the position and keep receiving appropriate medical treatment.

At this stage there is no certainty about his chances of playing in game two.

“I’m hoping to be back for the Cowboys versus Eels game on June 10, but if it’s not right I won’t be putting myself or the team at risk,” he says.

Thurston says he remains at peace with the decision to step down from representative rugby when State of Origin 2017 comes to an end.

“If I don’t play another Origin game it’s going to be devastating, but I have a lot of memories that I’ll cherish from being a part of this team,” he says.