One of Brisbane’s busiest bus stations will undergo renovations this Friday beginning a $3 million makeover.

The renovation comes after the station was forced to temporarily close in April due to extensive flooding. 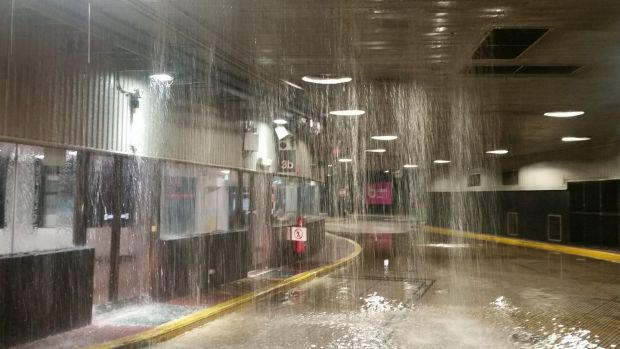 Translink says an upgrade to the 29-year-old station is vital, to provide a better, brighter and more comfortable place for passengers and staff.

Lauren Ritchie from the RACQ agrees and says upgrade to the station could provide incentives for more people to use public transport.

“Public transport is vital in a busy, congested city like Brisbane so anything that we can do to improve that, to make it easier, to make it more convenient, is a good thing,” she said.

She says the number of people passing through the station each week is enough to justify the makeover.

“More than 80,000 people use the bus station every single week, so it’s great to see a multi-million dollar improvement getting underway and they’re due for completion early next year.

“So it’s still a little while away as we see those upgrades, but anything that can improve the flow of commuters and to make sure it’s an enjoyable experience,” she says.

However some public transport advocates question the decision to upgrade the bus station while the Brisbane Metro is also being planned.

Robert Dow from Rail Back on Track says the government may be overextending itself.

“It could be only a short-term thing.”

He acknowledges upgrades to the bus station are important but says the timing is off.

“Oh, it certainly needs to be done cosmetically and improving access, but we also need to look at in the longer term: how is the Brisbane metro going to impact on the Queen Street bus station?”

“It’s not a good thing to be doing major overhaul or renovations at this stage until [it’s known] what’s going to happen to the Queen Street bus station is clear in terms of the Brisbane metro.”

The Department of Transport says signs will be in place throughout the upgrades and staff members will help passengers deal with the changes.

Construction is set to be completed by early next year.