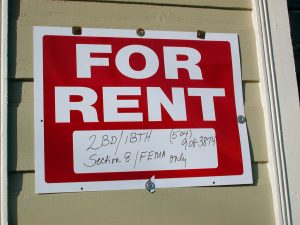 A new rental affordability index shows the market is the toughest ever for low-income earners in Brisbane.

The joint initiative between advocacy group National Shelter, Community Sector Banking, and SGS Economics and Planning, compares the rent a person pays against their household income.

“As soon as you drop incomes below annual household incomes, which are $85,000, as soon as you get down $60,000, virtually nothing in Brisbane is affordable to rent,” he says.

Mr Pisarski says increasing the number of apartments has not done much for affordability, and argues the decline in home-ownership in Australia is due to tax advantages to investors.

“So the first thing to do is address the tax distortions that exist in our market, and I’m talking about negative gearing and capital gains discounts for investors.

“We need to re-invest in those things which actually provide new supply in the affordable rental market,” he says.

Real Estate Institute of Queensland media and communications manager Felecity Moore says Brisbane is headed towards a weak market where more houses exist, than people to rent them.

But she says due to the cyclical nature of the housing market, that will turn around.

“Currently the states get $1.3 billion a year, which helps them support housing affordability measures, but the Federal Government has decided to tighten those rules, and that makes the states much more accountable in the way that they spend,” she says.

Mr Pisarski agrees the measures may help in the long run but says a national plan is needed to pull all the elements together.

“Overall, it’s a kind of scatter-gun approach which lacked a coherent strategy and plan behind it,” he says.

UQ Union vice president of student rights Domenico Fottile, says many students are struggling to find affordable rentals and the Federal Government has not done enough.

Tenants Queensland is also releasing a rental vulnerability index, which will address a number of issues including social impacts.