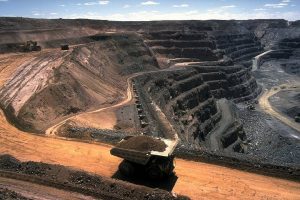 Mine rehabilitation plans for the proposed Carmichael Coal Mine in central Queensland, could pose a risk to the environment and ultimately the tax payer, according to anti-mine group Lock the Gate.

The organisation’s new analysis highlights their concerns about the $16 billion mine, which will be four times bigger than the current largest mine in Queensland.

The mine could produce 60 million tonnes of coal for export each year, and would generate more than ten thousand Australian jobs.

But according to Lock the Gate’s report, the mine would disturb 280 square kilometres of land.

Lock the Gate spokesperson Rick Humphries says, Adani’s rehabilitation plans do not live up to leading standards but nevertheless, were permitted by the State Government.

“We think Queensland’s got to do a lot better, by forcing this particular mine, to back-fill their pits and deal with their waste properly,” he says.

Mr Humphries also says, Adani’s rehabilitation plans show they will leave areas of grazing land degraded, claiming they can not get the quality of the land back to its original state.

“And in fact, around the large pits that they’ll leave and the waste dumps, they’re not even prepared to commit they can get it back to D-Class, which is the lowest level class of grazing land you can get.”

The Queensland Government is planning to reform their mine rehabilitation regime on both existing and future plans, based on leading world practice.

Mr Humphries says the State Government should apply those new standards to Adani and review the company’s closure plan as part of their final approval.

“Or, in the long term, Queensland tax-payers could be liable for any failed rehabilitation,” he says.

A spokesman for the Indian-owned company said assertions by Lock the Gate were wrong and says the project was rigorously licensed and tested by scientists and courts.

The University of Queensland’s Mining Engineering Division head Professor Peter Knights, says there is no reason land can not be fully rehabilitated by back-filling and Australian regulations already live up to the highest industry standards.

He also says the mine will supply India with high-quality thermal coal and says the country would source the mineral from other parts of the world if this mine did not go ahead.

“It’s also about carbon emissions, because if we force Adani to source coal from other parts of the world, we are forcing them to develop inferior quality coal which will potentially result in more emissions, than the actual use of the Adani coal,” he says.

Adani plans to have financial closure by the end of the year, and would start pre-construction works by the September quarter.