Written by Samantha Cheney, edited for online by Tegan Atkins

Wicked Campervan is under fire accused of breaching advertising standards.

The RACQ has called on the state Government to ban Wicked Campervan’s derogatory slogans from the state’s roads.

This call followed recent and numerous complaints lodged by members at the RACQ.

Queensland Premier Annastacia Palaszczuk called for a boycott of the vans.

“It’s unacceptable for such vile slogans to be printed on touring vans,” she said.

RACQ’s Anna Jeffries said it was time for the company to stop ignoring the Advertising Standards Bureau and public opinion.

“They’ve been ignoring adverse decisions handed down to them from the Advertising Standard Bureau for too long.

“There has been no consequences for them, they’ve continued to operate in breach of those codes, and we basically just think enough is enough.”

Ms Jeffries said the campervan’s explicit depictions of pornographic images and derogatory statements about women should not be allowed in the public.

“We’ve been getting lots of complaints from members over the last couple of years,” Miss Jeffries said.

“They’ve seen something on the road and thought ‘that’s not on, my two-year-old has seen this’.

“If it was on television it would be pulled off television.”

She went on to say Wicked Campervans should follow the same standards as on television.

In a statement Wicked said they were not fussed by the Premier calling for a boycott of the company and while they were looking at some alternative marketing strategies, Wicked was keeping business as usual. 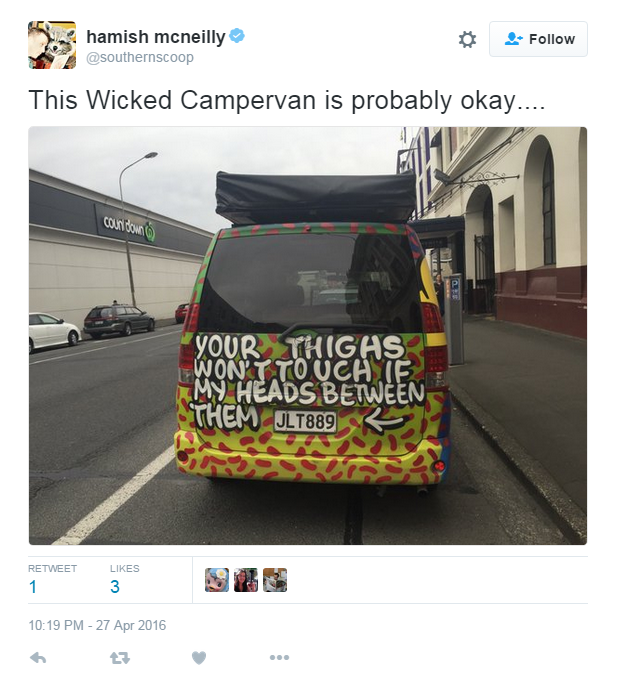 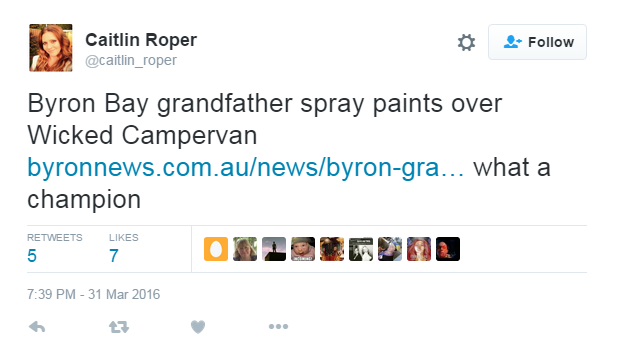