The local music industry was left reeling after Sounds Australia missed out in this year’s round of Federal funding for Arts and Culture.

Australian Artist Manager Laura Willbridge has started a petition on Change.org in a mission to save the Australian music industry.

Prominent artists like Chet Faker and Vance Joy benefited from the program and industry figures, fans and bands expressed their frustration on Twitter under #SaveOurSounds. 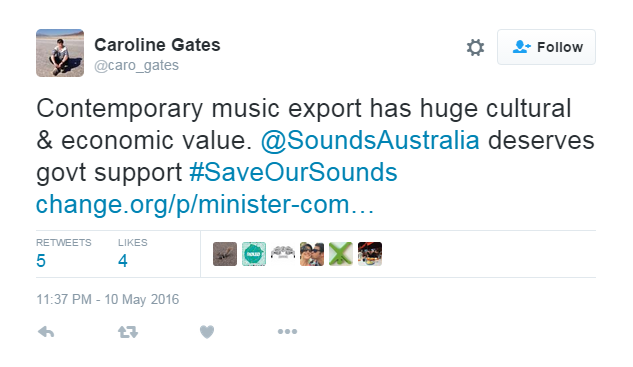 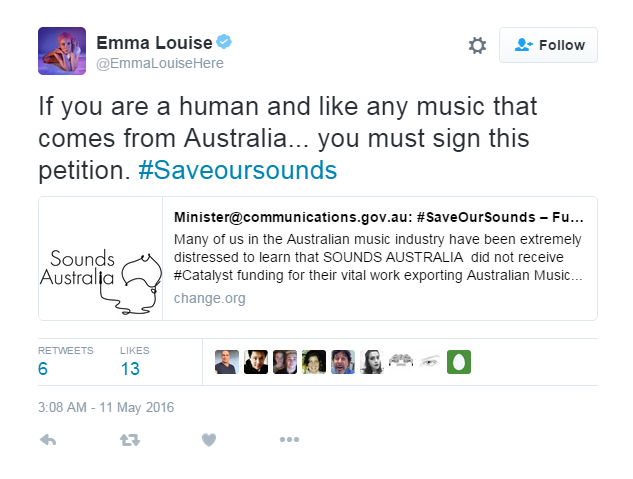 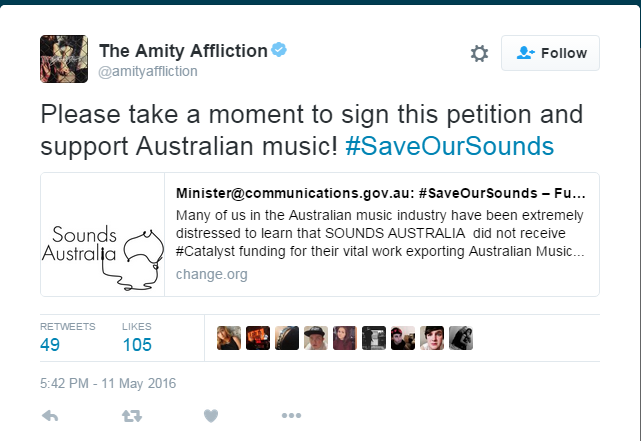 “That team was able to facilitate one-on-one meetings for me that I just simply wouldn’t have been able to get,” she said.

“If you had no communication with these people and you’re just trying to drop emails and calls, trying to get some FaceTime you’re really going to struggle.” 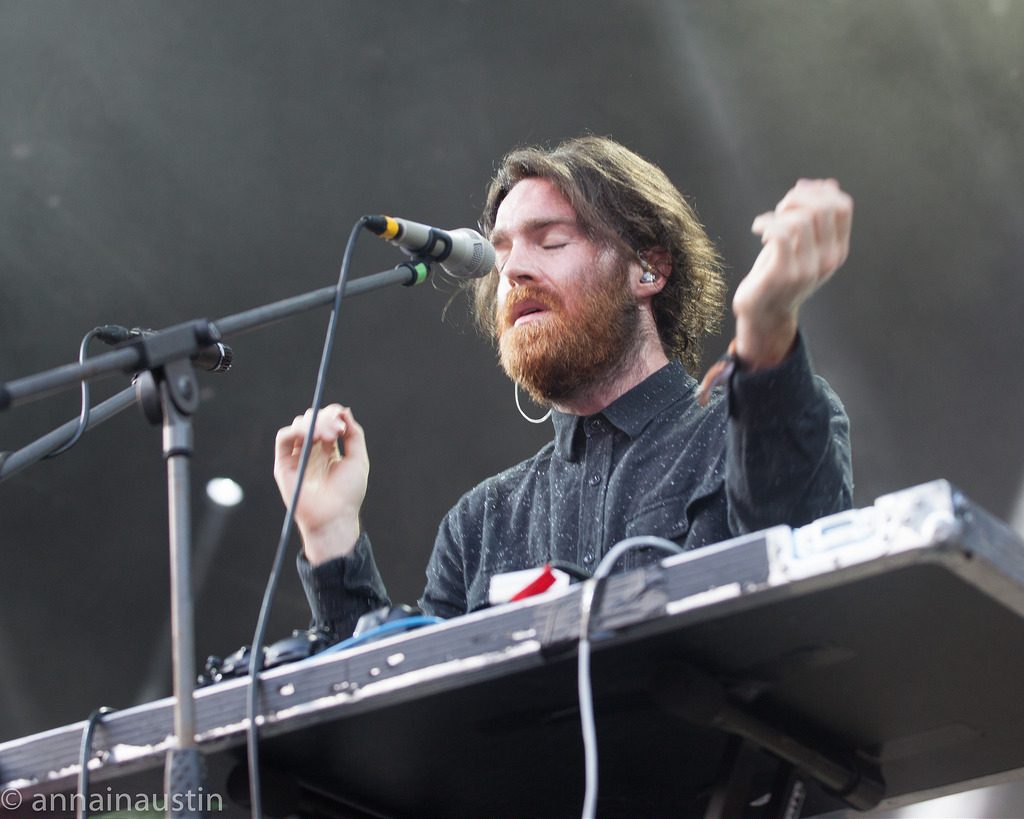 Sounds Australia spokesperson Esti Zilber said the impact was more than just a lower dollar value in the budget.

“It’s not just that amount that you look at as a number, it’s a considerable amount of markets and territories that we’ll no longer be able to have a presence in,” she said.

Miss Zilber said she was overwhelmed by the number of supportive messages from the public on this issue.

“If you look at the online petition you can see people from all over the world saying they want this, they want Australian artists on their stages, they want to be doing business (with us),” she said.

“It would be a real shame to see that fall in any way.”

He said the loss of Sounds Australia would be substantial.

Miss Willbridge said she is hoping for more support.

“If it resonates with you and you believe that our industry is worth projecting onto the world stage please consider signing and sharing the petition.”

Sounds Australia has supported over 600 Australian artists since 2009 and opened doors in 52 different cities on the world stage.

It follows changes to the funding system by the Australian Federal Government in 2015.