Facebook is facing allegations it has been unfairly manipulating “trending” news articles in America, raising speculation similar activity could occur in Australia.

An article from tech news source Gizmodo claims Facebook workers in the US deliberately suppressed conservative news stories from “trending”.

Sources within the organisation say stories about former Republican Presidential candidates Mitt Romney and Rand Paul were manually ousted from the “trending” section by Facebook’s news team during the 2012 election.

The article claims in their place, Facebook staff supplanted stories that in some instances were not popular enough to warrant “trending” status. 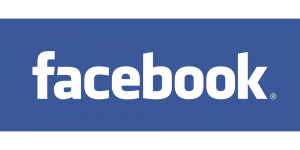 Institute of Public Affairs research fellow Matthew Lesh said he had concerns about the potential for similar practices in Australia.

“For a lot of people, they’re almost an exclusive news aggregation feed and as a consequence of that, it gives Facebook extraordinary power in terms of what they show to people using their relatively secret algorithm about how they prioritise content in your feed,” he said.

Progressive opinion and activism has gained momentum on Facebook, with organisations such as GetUp! and Pedestrian amassing likes into the hundreds of thousands.

Mr Lesh said however it was important for social media to provide an equal platform for all views, so people can have their perspectives challenged.

“A lot of people are really getting a self-filling news feed in which they are only really seeing what people in their little bubble are saying, rather than a more variety of perspective.”

“It’s under no editorial direction to follow our local laws in that regard or to even have to provide a fair and balanced output, it can, as a private company, deliver what it wants to its users.”

A Facebook spokesman said it took allegations of bias very seriously, and there are rigorous guidelines in place to ensure consistency and neutrality. Suppression or promotion of political perspectives is expressly forbidden.

Mr Molk said it was difficult to regulate social media news output, and the change in information consumption had made the current news climate a difficult.

“Now we’re finding more and more, particularly younger people and getting their news through social media, particularly through Facebook and those kinds of things and the law hasn’t kept up,” he said.