Written by Philippe Coquerand, edited for online by Hannah Kotaidis

A diet low in fruit and vegetables is killing more Queenslanders, than a diet filled with salt and saturated fat, a new study has found.

The report released today, involved 20,000 Australians, and revealed smoking, obesity and lack of exercise lead to the greatest number of sickness and deaths in the country. 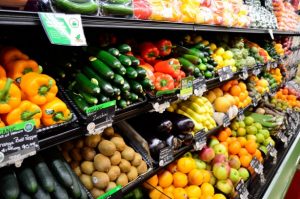 Cancer Council Queensland spokeswoman Katie Clift said the problem was only getting worse.

“What we do know is that rates of overweight and obesity specifically are getting worse for both adults and children. We’re on a downward spiral in terms of the trajectory which of course does increase the risk of a range of chronic diseases and some cancers,” she said.

Released by the Australian Institute of Health and Welfare, the report found smoking was responsible for the most burden; which included premature death and years lived with ill health or disability.

The Institute of Health and Welfare’s Lynelle Moon said a number of different risk factors linked with a poor diet impacted on overall health.

Ms Clift said every year in Queensland more than 8500 cancer diagnosis were preventable.

“We need to be, across the board, eating healthier diets, limiting our alcohol and we need Queenslanders to be more active in terms of reducing their preventable risk of cancer.

“We would encourage Queenslanders to follow the Australian Dietary Guidelines. They outline five recommended food groups that people should enjoy a wide variety of nutritious foods from every day,” she said.

“So things like eating plenty of vegetables, fruit, grain foods, lean meats and poultry, legumes and beans, and milk yoghurt and cheese.”