In celebration of the 100th anniversary of Albert Einstein’s full-length paper on the Theory of Relativity, Light Falls: Space, Time and an Obsession of Einstein captivated audiences on the first two nights of Brisbane’s World Science Festival. 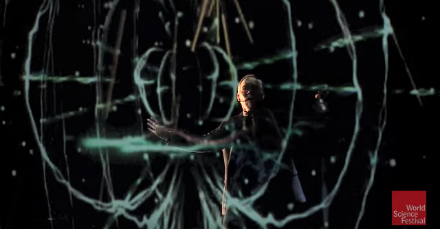 Light Falls is about Einstein’s discovery of general relativity, a difficult subject to understand, “even for us professionals to fully wrap our minds around”, Co-Founder of the New York Festival and Light Falls writer, Brian Greene said.

A lot of people shy away from science because of its complexity however Light Falls gave audiences the chance to sit shoulder-to-shoulder with Einstein on his path to ultimate discovery, and no matter what their science background, embrace and fall in love with science again.

Mr Greene and an ensemble cast delivered a stellar performance with state-of-the-art animation and innovative projection techniques. When Einstein’s work nose dived into super-complicated territory, Mr Greene kept the audience engaged by relating it to simple mathematics taught in primary and high school, and everyday life situations like a taxi driving down the street and a man falling from a roof. These clever techniques made Light Falls easy to understand and enthralling to watch right through to the grand ending. 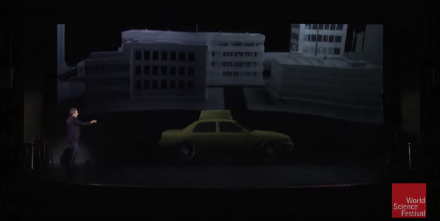 One of the best stand-out moments in the show was when a violinist serenaded the audience with a near-perfect Bach rendition. The violinist stood alone on the stage under a spotlight and it was a very enchanting moment to watch and listen to.

Einstein will be remembered as the man who discovered the Theory of relativity, however after watching Light Falls it was clear even one of the greatest minds in history can experience agonising frustrations and impeding obstacles, before finding a resolution. We are after all, human beings living in a tough and exciting world full of possibilities. There’s so much to discover!

To watch the behind the scenes of Light Falls click HERE.

The World Science Festival Brisbane is on till Sunday.