Brisbane’s World Science Festival, starting this Wednesday, presents the wonders of science in a new, refreshing way to attract people of all ages.

The inaugural festival features the world’s greatest minds in science and the arts to produce more than 100 events (free and ticketed) in the streets, parks, and performing arts venues of South Brisbane. 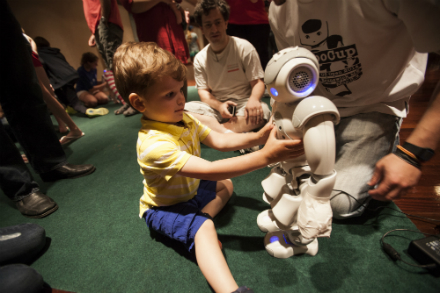 Queensland Museum CEO Professor Suzanne Miller said the festival will have “something for everybody whether you’re passionate about science or have no science background whatsoever”.

“Part of the reasoning behind this festival is to demystify science,” she said.

“Science is so fundamental to our everyday lives and we make lots of political decisions based on science.

“It would be great if people felt more comfortable and able to participate in those conversations and debates.”

The World Science Festival began in New York in 2008 as an annual week-long celebration and exploration of science.

Professor Miller said she “wanted to create an event that would get people talking about science as much as the AFL Grand Final or Masterchef”.

“We thought about creating a new event ourselves but we also looked at ways it’s done around the world,” she said.

“I really liked the World Science Festival in New York because it’s based on really good science with the world’s top scientists, but it also brings in the arts.”

The Queensland Museum partnered with the World Science Festival in New York to present the new annual event in Brisbane.

Professor Miller said the World Science Festival will have ongoing economic benefits to Queensland, making Australia a more prosperous place to live in.

“We know most jobs in the future will involve science, technology, engineering and maths skills, and yet a lot of our students aren’t doing those in school,” she said.

“But if they can see amazing people doing amazing things with their science then maybe that will inspire our students to keep going with the stem students at school and go into science related careers.”

The World Science Festival Brisbane will take place from Wednesday to Sunday.