The Federal government’s controversial plans to slash coastal shipping costs have been slammed by unions and the Labor Opposition.

The Deputy Prime Minister Warren Truss announced plans to roll back regulatory reform in the shipping industry made by the former Labor government.

The reforms changes will see workers on foreign-flagged ships in Australian waters subject to pay and conditions under an international scheme, not Australian workplace laws.

It has left unions outraged, who say up to 10,000 Australian workers could be affected.

Mr Crumlin says the proposal is nothing more than a tax avoidance scheme and 10,000 Australian jobs are at risk of replacement from foreign shores.

“And yet those ships will be serving this country with foreign crews that have got no security background,” Mr Crumlin says.

“We don’t know where they are from, what they are.

“This is an extraordinary vandalisation of our domestic economy.”

The Federal Opposition says the proposals will decimate the industry. 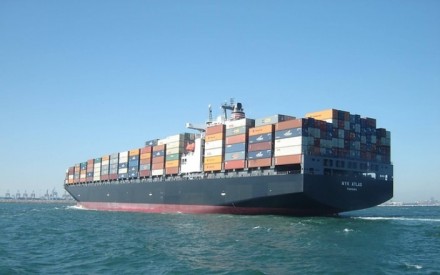 “What the result has been is that Australian manufacturing companies haven’t been able to move their products domestically into other Australian markets and have really been forced out of the market,” Mr Nairn says.

Mr Nairn also attacked the Maritime Union’s argument Australian workers are not getting a fair go.

He says compliance with international standards is perfectly reasonable and appropriate.

“Over the years the monopoly situation of the maritime union Australia has forced wages and conditions of service up to extreme levels for reasonably medium skilled workers and they’re out of all contact with reality.”

He expects the main changes in working conditions outlined by the government will be a reduction in the leave they take, rather than safety standards.

But the Union’s Paddy Crumlin says he’s concerned the controls for these foreign crews aren’t there.

“Of course it’s going to damage the environment. These ships run all the time up on the Barrier Reef now,” Mr Crumlin says.
“Imagine they are full time on the Australian coast… in Australian territory, carrying Australian domestic industries cargo, outside the reach of the Australian legislation and regulation including taxation.”