A banana plantation in North Queensland has had its quarantine lifted after a scare involving the fungal Panama disease.

The banana industry remains under threat from a diseased plantation in Tully, between Townsville and Cairns.

Repstar Agriculture director Mark Reppel says he is relieved to discover his banana plantation in Mareeba was not infected with Panama disease.

Despite earlier results testing positive for the disease, the farm was cleared of the Panama strain known as Tropical Race 4 (TR4) and the quarantine was ended.

Mr Reppel says there is a great sense of relief among his workers.

“The immediate thing obviously is that everyone could breathe again and the inspectors were out of our property,” Mr Reppel says.

“So they could work, do their normal work, enjoy their work without having someone looking over their shoulder.”

The quarantine was imposed for five weeks which Mr Reppel says will leave long-lasting effects for his business.

“We held off fertilising because we weren’t sure if we had a future or how long it was going to take,”

“We will pay the price for that lack of input I suppose. So that will haunt us for a couple of months.”

Australian Banana Growers Council chairman Doug Phillips says it was a necessary step to avoid the spread of TR4.

“The idea of the bio-security officers that we are employing is that we will be able to go out and provide assistance to all growers to make sure they are doing everything they can on their own farms to protect their own properties,” he says.

“Part of the strategies through quarantine is stopping the spread of it but on-farm bio-security is making sure you don’t get it.” 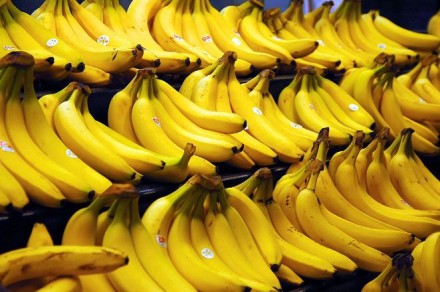 Expert on the genetics of bananas Professor James Dale explains the disease.

“It affects banana plants through the roots. Gets into the corm and causes necrosis or cell death which results in the plant wilting and dying.”

He says the disease could be devastating to the banana industry if it is not properly contained.

“It moves around very efficiently in that way. What does it mean to the industry? If you extrapolate from whereas it’s occurred in the world it will continue to move and will be a major threat to the Australian Industry.”

Another Queensland banana plantation, in Tully, is still quarantined.

It is confirmed to be infected by TR4 and will not recover easily.

Mr Reppel says while he is glad his farm has been cleared, no one should forget that there is still a family business left in ruins.

“Just because it’s been lifted from our farm, while they’re happy for us, it doesn’t make their lives any easier,” he says.

“The industry has to make sure that they continue to help and support the Robson family at this time because they still have a bit to go through.”

There is hope for those struggling to cope on the Tully plantation.

Professor Dale says his recent studies may hold the answer.

“We’ve been running a field trial for three years. And it was specifically designed to produce cabin dish bananas because they are a staple commercial banana, with resistance to this disease.

If these bananas are immune to TR4, Professor Dale says the Tully plantation could get back on its feet.