Edited for online by Lochy McIvor 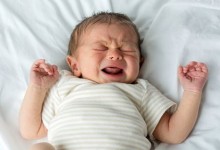 Reproductive experts from the University of Adelaide have developed a world first screening test which predicts a woman’s risk of developing some of the most common pregnancy complications.

Researchers from the university’s Robinson Research Institute developed the test to determine a pregnant woman’s risk of developing the four major pregnancy complications.

“We take a blood test from the mum and a small blood sample from her partner if he’s available and we extract DNA and identify some gene variants in their DNA,” she said.

She says the sample data is then combined with clinical, lifestyle and family history data to create an algorithm that predict a woman’s risk of each complication.

The early detection allows health professionals to begin treatments earlier, with the hope of reducing or preventing complications such as pre-eclampsia.

“At the moment there are trials showing that low dose Aspirins started in the evenings before 16 weeks gestation prevent, or certainly reduce, the incidents of early onset pre-eclampsia and that’s the pre-eclampsia where mothers have to have their labours induced early and the babies are born pre-term,” she said.

The test has been successful on more than 5,600 women across Adelaide, Auckland and the United Kingdom.

Professor Roberts says the research team will continue to validate the test with further trials to begin on another 2,500 women outside of Australia.

Pregnancy Birth and Beyond Health Centre director Jane Palmer says although she thinks it is an interesting idea, it could have negative implications on women.

“Sometimes these things have no proven benefits for women overall,” she said.

She says, often, screening tests increase fear and distress for women during pregnancy.

“If you get a high risk result back the women get very, very stressed even though that may not necessarily mean that they will have a complication but that they’re just an increased risk so it may actually make the pregnancy more stressful rather than more reassuring,” she said.

Professor Roberts says, in her experience, women are keen to know what risks they have.

The development has recently received a grant from the University of Adelaide which will take the test to a commercial stage, and it is hoped the test will be on the market later next year.