Edited for online by Tom Sharman.

More than 70 unregistered teachers have been employed under the Permission to Teach exemptions In Queensland schools in 2014. 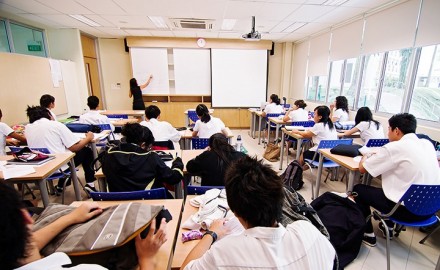 The information comes from the recently published Queensland College of Teachers annual report for last year, which attributed the growing need of teachers to staff shortages across both primary and high schools.

“It’s very much about the shortage of teachers of specialty subjects and it is important to understand that it’s a report on last year’s numbers and the 70 are a reflection of a situation that this year has probably gotten worse.”

Mr Bates says despite this issue the Queensland school system has a very strong regulatory system in place for its teachers.

“Queensland has a long history of over 40 years of the most regulated teaching workforce in the country and one of the best in the world and those high standards will never be able to slip as far as we are concerned,” Mr Bates said.

The unregistered teachers with the Permission to Teach exemptions are given grants to work for six months under the scheme.

In that time the person is expected to complete the necessary studies to become a qualified teacher.

The Queensland College of Teachers is the organisation behind the scheme and director John Ryan says there is not an issue as staff in the program are all completing teaching degrees.

As all of the teachers have either almost completed their teaching course or have “other particular skills” which allow them to fulfill the required roles on a short-term basis.

However Queensland Parents and Citizens Association CEO, Kevan Goodworth says parents are not  happy with the rising rate of unregistered teachers in classrooms.

“The fact that we have a few unregistered teachers who are employed I think under something called the permission to teach exemption, is something that is not entirely desirable.”

Mr Goodworth says the number despite increasing, is still really insignificant compared to the total number of teachers in Queensland.

“Certainly in the longer term parents would wish teachers to be fully qualified, it is true to say 70 unregistered teachers is a very, very, tiny number in comparison to the thousands of teachers we have,” Mr Goodworth said.