The State Government has announced an extra $30 million to fund ear nose and throat treatment in Queensland.

The funding aims to reduce current waiting lists of up to two years for patients.

Health Minister Cameron Dick says 14,000 Queenslanders, nearly half of all people waiting on outpatient appointments for ear, nose and throat problems, will be treated. 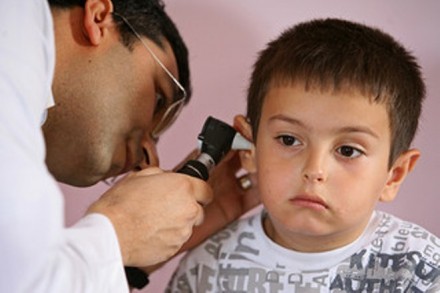 Logan hospital’s ENT Head and Neck Surgery Director Bernard Whitfield says the additional funding is aimed at tackling waitlists and increasing hospital capacity to treat ENT into the future.
“[It will] reduce the overall numbers in a relatively short time frame and also to enable other hospital health systems to increase capacity in the long term by taking on either additional staff or opening additional clinic sessions.
“They have got a two-year window and thereafter they can apply for increased activity money,” Dr Whitfield says.

He says a new clinic being built at Logan hospital will have audiology, speech pathology and other allied health specialists, all of which will provide ENT care in one location.
“There will be eight clinic rooms working simultaneously,” he says.
“There will be and ENT specialist, either VMO or a full time specialist, ENT registers and then it, co-located, will be speech audiology and vestibular physical therapy.
“In additions we want to create two full-time posts on a GP training scheme.”
Dr Whitfield says training for GPs will be beneficial for staff, patients and hospitals.

“If we can up-skill the new generations of general practitioners to handle an awful lot of things themselves with in the primary health care setting then it reduces the demand on the hospital,” he says
“Patients get a better, quicker deal. The interventions they can do within the clinic once they’ve acquired the appropriate skills all attract a Medicare item number so it becomes self-sustaining,” he says.
The building is expected to be completed by the end of this year with the clinic and GP training scheme to begin operating by February.