Many residents blame the Moreton Bay Rail Link development for the flooding in Moreton Bay.

Ms Trad said Moreton Bay Mayor Allan Sutherland and Member for Murrumba Chris Whiting had asked the Government to look into the incident.

“While the rain was unprecedented, we could not ignore concerns that the Moreton Bay Rail Link project may have contributed to the flooding in Rothwell and Deception Bay,” Ms Trad told parliament.

“This event was extremely severe with more than 300mm of rain falling within three hours.”

This follows an earlier announcement from the Government that said more homes in affected areas would be eligible for hardship relief.

Those locations include homes in Deception Bay, Caboolture, Beachmere and Mango Hill.

Communities Minister Shannon Fentiman said the emergency financial support was being offered to help people “get back on their feet”.

“Some people have been left with homes filled with mud and debris, without anywhere to sleep, cook or have a bath,” Ms Fentiman said in a statement.

“We’re working hard to make sure those who most need our support have somewhere to turn.”

While spared the damage that engulfed areas of Moreton Bay, many Brisbane suburbs were affected by the storm.

Lord Mayor Graham Quirk joined forces with council workers to fill in a pothole in Kedron this morning.

“Its important that we get to (the potholes) as quickly as we can,” Mr Quirk said.

“We have six full-time teams, around 20 full-time staff, out there on the network making sure we get our roads back into a safe condition.”

Despite the large number of potholes created by Friday’s storm, Mr Quirk said Brisbane had not suffered as much damage compared to previous weather events.

“Kalinga Park is one example that I know of where the bill will be heading up to half a million to a million dollars alone,” Mr Quirk said.

The insurance bill from the damage across the state is estimated to be around $26 million, though it will continue to rise.

Was your home flooded during the storm last week? Visit our interactive map to see if you are able to receive hardship relief: 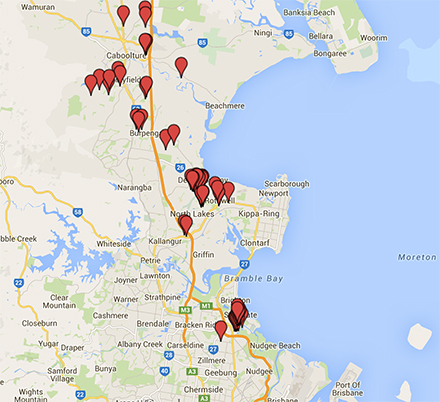 View photos and videos from the event and cleanup in our Storify story: 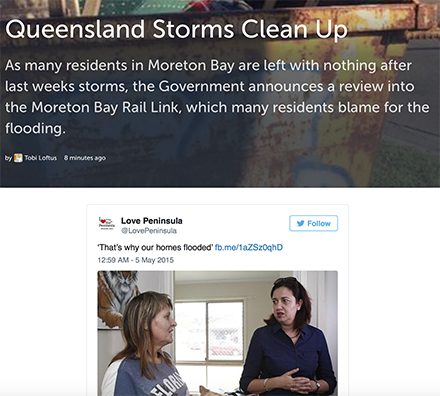